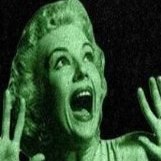 Dude, he won't move to Arizona because it's too cold in the winter.

In case anyone doesn't believe this to be true, he also bitched about it to me and a friend over text.

That was so nice of the dealer to suggest replacing the whole transmission, ya know, just in case. FUCKING THIEVES!   Most people have no clue how much they are getting screwed when the