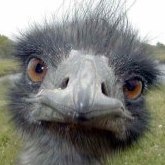 Just to add fuel... This is a 6.4 that had a new from Ford engine 65k miles ago. Runs quite nicely but it has a cracked exhaust manifold so it's not too expensive, and I'm trying to get him a lit

I have a deposit on one.

They might be limited in their ability, or they limit it on purpose for various reasons.  Simulating a locker with brakes is challenging.  Under steady throttle and traction it's relatively easy, but