Auctmarts Repsol Black/White fairings, don't buy them if you expect it to look perfect.

By Crashedbirb,
January 29 in The Garage

The rest of the fairings look great so far

Also, I only said "Paypal," but BOTH eBay and Paypal have buyer protection.  As a mostly seller, they are very strict on it.  I can always prove I did my part, but they have asked me for documentation 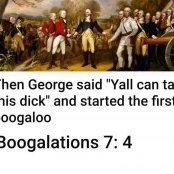 Don't let those people stick it to you.  They sent you garbage and they need to fix it. Don't fix it yourself. They either need to refund you at least partially or they need to send you a new correct